The Art of Allowance...
or letting go and dealing with the moment

It's the art of letting the people and creatures and world around you be who and what they are.
The ability to realize that as much as you may need something to be one way, it may not be that way for a reason,
possibly a good reason for someone else.
The ability to realize you can't always have things the way you need them, or to put it bluntly, not getting things your way....
(go ahead, stomp your foot, it feels better to let it out...)

Let nature and time and the world take its course and by allowing the world to be what it is,
we can hopefully have a positive effect on the energies and people we come into contact with.

And as for tomorrow, that's then. We can only do so much toward shaping what that will bring,
so just deal with it as it flows toward you.
A dear friend put it so eloquently for me. Be like water.
And that about sums it up.

Be formless, yet take the form of the moment you are in.

We can only do so much about our surroundings, so instead of fighting and possibly making a situation worse,
form to it, become part of it or let it become part of you (albeit a small part) and influence it from the inside....

Now, I'm not saying one shouldn't stand up for ones' rights, I'm just saying when a situation is getting tense, don't make it worse.
Work with that negative energy and "reform" it to a positive (yes, it may take some work but it will happen).
Energy is ever-moving, ever-changing, it never stays constant, and neither does the human mind. It too is ever-moving, ever-changing.

Or so one would hope.

And most of all, allow yourself to be you. Who you are.
Make your decisions based on what you feel, not what others tell you.
Don't look out for answers, look within.
That is where your connection is, not within a computer monitor, a book, or a collection of books.
The answers are within you.
Take in as much information as you can, filter out what doesn't work for you and from the remainder,
create a world and a life for yourself that benefits you and those you interact with and have an effect on.

The end results could be magnificent. 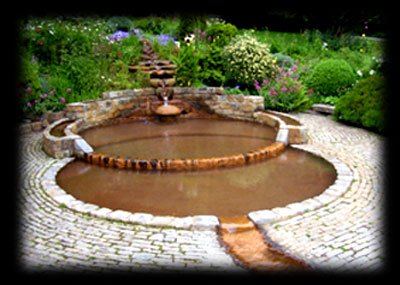